Memorial Day is a time for remembering and relaxing 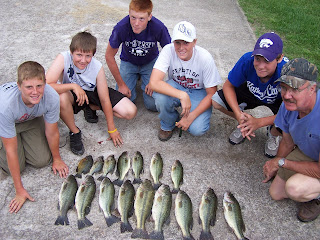 This Memorial Day, we celebrated by attending the service at the small cemetery and then going fishing with family!  It was a great day: we caught lots of fish, ate way too much barbecue (and fish), visited until late at night and spent the evening with family.

Last May was a difficult month for my family. In May 2009, my grandpa passed away very unexpectedly while we awaited word that my cousin had lost his fight with cancer.  My cousin was a very special guy who was just a couple of years younger than me--we have many memories of working with show calves, playing on hay bales and skiing with him.  He had battled colon cancer for five years and after exhausting every possible cure, he had become too weak to go on.  When the phone rang at 5:30 in the morning, I expected the news that Doug had passed in the night, but I was shocked to hear that instead my Grandpa had been taken to the hospital and things didn't look good. While he was in the hospital, he had a major stroke and passed with all of his kids around him. We flew from Kansas to Ohio to be with the family at this difficult time. A short 11 days later, my cousin passed away and we, once again, flew to Ohio for the funeral to be with the family to begin our own healing. 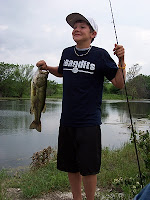 Then, when I was beginning to get back on my feet and could finally wake in the morning without immediately thinking of Grandpa or Doug, we received a call in August that my other grandpa had passed. My dad's father had suffered a stroke a few years ago and had been cared for by his youngest son, my Uncle Jim. He had been slipping and I feel very lucky to have been able to see him and talk with him when we were in town for the previous funeral. We, again, boarded a plane to be with the family while my Grandpa was put to rest. 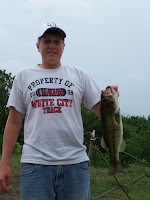 I tell you these stories not to make you feel sorry for me, but to underline the importance of family and a time of remembrance for those people we have lost.  Both of my Grandpas had served in the armed forces--and had only recently begun to talk about their service. One was a pilot and another a soldier who served with the 101st that is depicted in the movie "Band of Brothers." 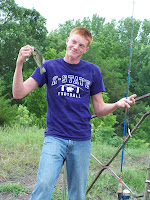 I am very lucky to live near my parents and my husband's parents. They are an important part of our day-to-day life! Even though my grandparents lived in Ohio and my parents settled in Kansas, my grandparents were the foundation of our life on the farm.  They both raised families on the farm, working every day to make the best life they could for their families and their animals.  Today, we do the same thing, but a few hundred miles away.  My husband and I live on a farm that was settled in 1890 by his great Grandfather. We visited his grave in the small community cemetery at the Memorial Day service and said a prayer of thanks that he chose the Flint Hills of Kansas to raise his family and begin the farm.

Today, we work every day on the farm that he began. Sometimes it is hard to stop and say thanks to our forebears for the work that they did to affect our lives here today.  So when we do have time to go fishing with my nephews, or attend a track meet for my niece, or even just attend a graduation party for another niece or nephew, we try to reinforce how important family is to us.  We are thankful for this life, this land and the freedom to make our living on the ranch.  This weekend, we also gave thanks to the men and women of the armed forces who give us this freedom every day. 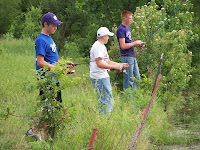 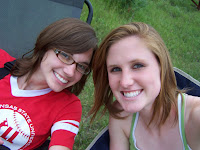 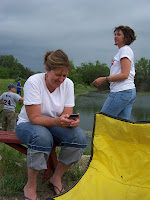 Some days we are so busy that we don't have time to remember--that is why I love Memorial Day. I hope you were able to enjoy the long weekend, too...and say thank you to a serviceman or woman and take a few minutes to remember your ancestors who have helped to make you who you are today.