Romance in cow manure, or "will you marry me?"

Guest blogger Jen Anderson first wrote about her experience on a farm during Christmas. Now she shares with us her excitement of getting engaged--on the farm!! Congrats, Jen & Brandon! I look forward to hearing more about your life on your farm.   --Deb. 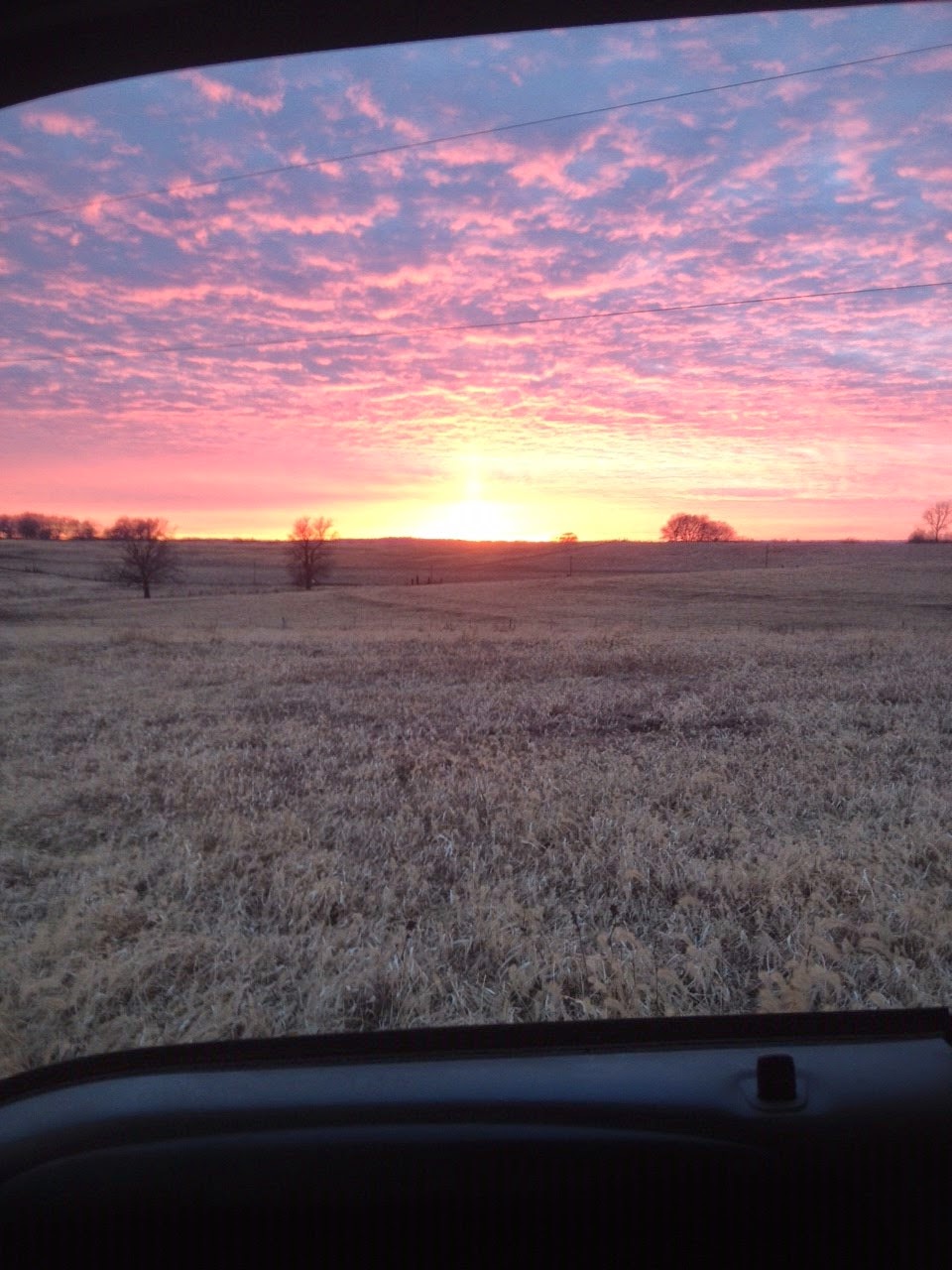 Three months have passed since the magical night on January 15 that I’d been dreaming of for months.  Brandon and I were pretty serious a few months in to dating and had been discussing marriage ever since May 2013.  I sold my house, changed jobs and changed schools for my son in fall of 2013 to move closer to Brandon.  It was about that time that I was anticipating a proposal.  I had made so many changes in my life and thought the timing was right to be engaged.  Thanksgiving came and went.  Our year anniversary came and went.   So did Christmas and New Year’s Eve.  My emotions were running wild, wondering just what was going through Brandon’s head.


By early January, things were feeling different.  Brandon was pretty quiet for a few days during a major snow storm and then was sharing more emotions than usual few days later.  “I can’t wait to spend time with you on Wednesday night.”  “A big hug is waiting for you tonight.”  These were not every day Brandon comments, as he can be a man of few words.  My radar was up.  I was having a pretty crazy work day on Wednesday, January 15, 2014 and was counting down the hours to see Brandon.  I was running late from a meeting and received a text at 5:28 p.m. from Brandon with a picture of the sunset.  A breathtaking sunset and he told me to go see it.  I got to see a bit of it on my drive home as the sun was setting, wishing I was already home with Brandon.


As I pulled in to the gravel drive, I saw the lights on the feed truck.  By this time of winter, he’s usually inside already.  Again, radar up.  I knew he needed to probably go out later to check on newborn calves in the winter cold, so I put my window down to ask where he’d like me to park.  Brandon said to turn my car off because he wanted to show me something in the pasture.  (Ding, ding, ding.  Proposal time!)  I dropped everything and hopped in the feed truck with him.  Since I was expecting he was about to propose, I had to fill the drive time with talking.  If not, I knew I would ask him pointblank if he was proposing and ruin the surprise.
I began filling him in on my work day, not realizing quite how fast he was driving.  He pulled down the road, in to a west calving pasture where baby calves were being born daily.  The ground was frozen and since Brandon was speeding through the pasture, it was extremely bumpy.  I was holding on and had forgotten about the proposal.  The feed truck came to an abrupt halt and Brandon hopped out, lights still shining bright ahead on a cow and new calf.  I recalled him telling me about a calf born earlier that day and thought he was showing me the calf.  My heart was deflated.  No proposal tonight.  Once that registered, I couldn’t understand why he wasn’t bringing the equipment with him to tag and weigh the new calf.  Right then Brandon motioned for me to come out of the truck and follow him.  As I looked out my window, I saw the cows moseying up to the side of the feed truck, expecting to be fed.  I couldn’t believe I was getting out of the truck in my nice work shoes.
My first step out of the truck was to avoid the cow poop.  And another pile and another.  I could barely make it to where Brandon was waiting for me with clean shoes.  That was my main concern at the moment, forgetting about the thought of a proposal.  My hand finally reached his and he pulled me close, standing in the glow of the truck headlights. 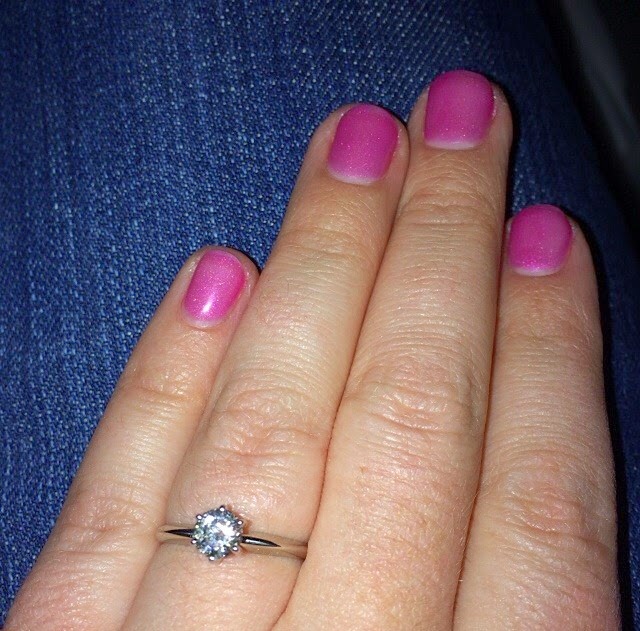 Before I knew it, he was going down on one knee saying “Will you marry me” as fast as possible.  I began laughing with joy and said “Yes!”  That hug after his proposal will remain in my memory forever.  I looked to the east and saw the moon and then to the west to see the sun slinking over the horizon.  It was exactly the moment I’d been praying for.  For Brandon to propose in the pasture.
I later learned he wanted to surprise me, thus the reason for not proposing around the holidays.  And, he wanted to wait until we’d dated a year.  The snow storm delayed the proposal more than he’d planned.  Oh how I wished I’d known those details sooner.  But, it would’ve ruined the surprise.  Even though I’d had an idea the proposal was coming, I was still surprised and thrilled beyond belief.  The wedding planning began immediately for our fall wedding.  Wedding bells will be here before we know it! 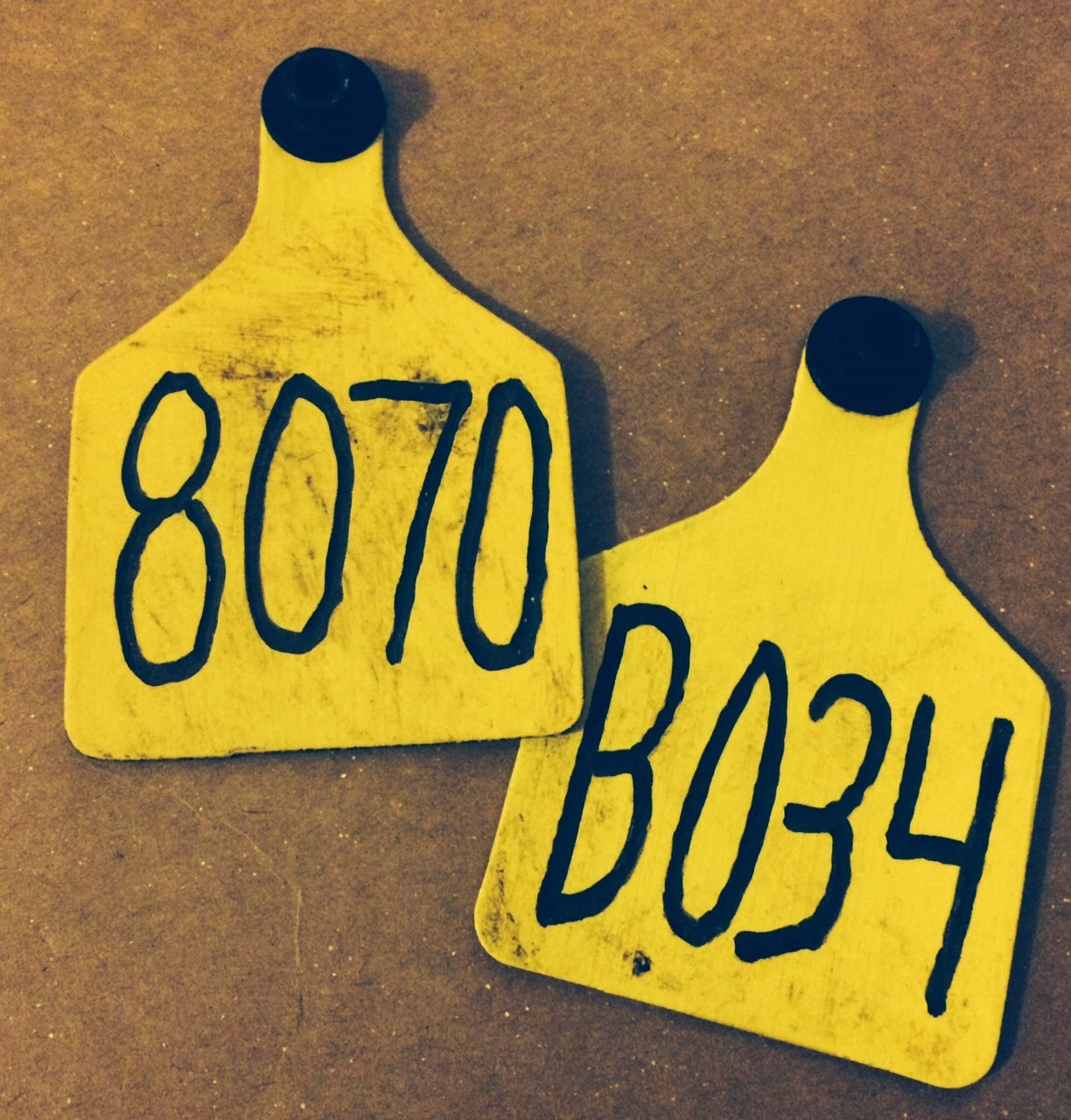 Side note: The ring was perfect and I also had another keepsake from the moment, the cow tags.  Brandon saved the tags from the cow and calf’s ears as a memento when he recently sold the cow/calf pair during the annual auction.  He was more sentimental about having to sell the pair than I was.  I loved his idea to keep the tags for me!